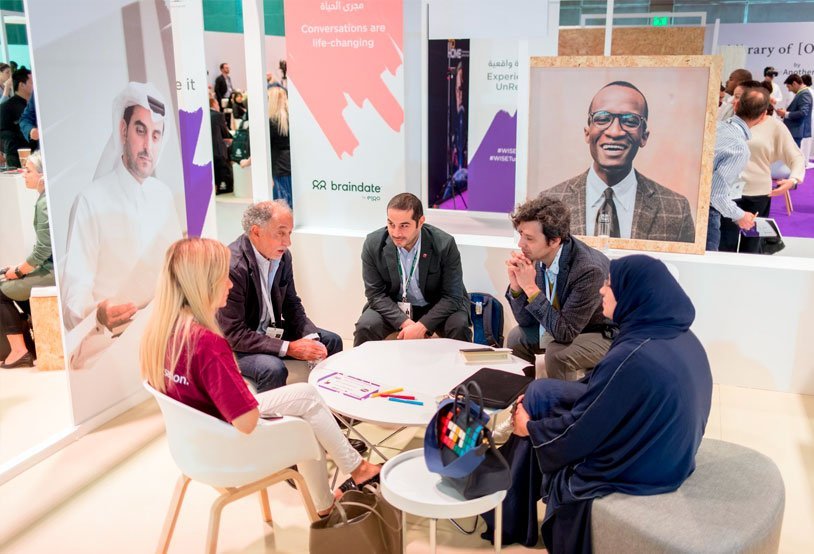 Group braindates are for best gaining multiple perspectives on a single topic—and are best capped at 5 participants. Braindate Producer Gabriel shares the research behind this best practice.

When presenting the Braindate platform to first-time users and clients, we’re often asked:

“Why do you recommend a max total of five participants,
including the host, for group braindates?”

For context: When you use the Braindate platform, you can go on a one-on-one or a group braindate. Group braindates accommodate up to five people This isn’t random; this is actually a longstanding best practice that we apply for both in-person and virtual events.

So, why five? To better understand our reason for this, it’s important that we highlight our mission at e180:

To unlock human greatness by helping people meet & learn from each other.

We believe that the right conversation can change a life; that by opening up to each other, in support of each other, we can unlock individual and collective layers of greatness that are otherwise neglected or kept within. We want to maximize the chances of you having that life-changing conversation. If not that, for you to at the very least leave the discussion feeling inspired to take your ideas to the next level.

Here are the factors that we took into consideration when establishing a group size recommendation in order to produce meaningful outcomes for braindaters:

Our recommendation is based on both research, and years of first-hand experience facilitating value-rich conversations. Before we dive in, I should note that the following guidelines are true for the braindate format, but may also apply to any kind of group discussion.

“We want to maximize the chances of you having that life-changing conversation. If not that, for you to at the very least leave the discussion feeling inspired to take your ideas to the next level.”

Because braindates are not presentations—they’re a collective opportunity to share knowledge—each participant needs time to share their own perspectives and opinions to have the most generative time together. Here’s how the factor of time allocated for conversation influenced our calculated ideal number of participants.

While not set in stone, group braindates are organized to last 45 to 55 minutes. In most cases, it takes about 10-15 minutes for  participants to introduce themselves and for the topic-creator to introduce the topic of discussion. The more participants there are, the more time is spent on intros—and the amount of time each participant has to contribute to the conversation decreases.

This means that after introductions, a group braindate of five participants leaves five to ten minutes of time, on average, per person, to express opinions, ask questions, and share their experiences and knowledge. When a topic is exciting and a participant is engaged, five to ten minutes go by really fast. Unlike some transactional networking solutions, Braindate participants are self-directed as they choose the topics to explore based on relevance and interest—so engagement is generally very high.

To ensure enough time allotted for introductions and meaningful exchange, five is an ideal maximum.

An engaging conversation needs three things to really take off:

When there are two or three members in a group, the context might feel too intimate for some and inhibit their ability to express themselves fully. This can be true even if the members share an interest.

For larger groups, here is a higher chance of friction if certain participants monopolize the time. Additionally, people tend to form small clusters and rally around a specific position to the detriment of diversity of opinion, and it can create a more combative dynamic. As group size grows, there is a higher tendency for members to find allies and take sides. This disrupts their focus on the flow of conversation.

Don’t mistake this to mean that participants need to hold the same perspectives and values or that the group needs to be homogeneous. Instead, it’s about the fact that in larger groups the process of cycling through too many perspectives makes it harder to remain focused on a single idea.

Braindates are rarely made up of participants who already know each other. Although every group braindate has a host—the person who posted the topic—we always stress that braindates are not presentations: they are interactive, participatory discussions among people who share an interest. We suggest therefore that the host moderate, rather than lead or dominate the conversation.

Tom Rogers, educator and founder of Intuitor, identifies the number of “social interactions as a key determining factor for a successful collaboration.

Rogers’ study focused on decision making processes and concluded that a group of five is optimal for a unanimous decision to come out of a group’s efforts. While braindates are not necessarily about decision-making, consensus is often sought during conversations about specific topics.

Finally, despite the presence of a topic creator and “host,” braindates are not hierarchical in nature: that is, they are collaborative conversations where coordination often takes place naturally between participants. The higher the amount of participants, the higher the level of difficulty in managing a relevant discussion for those involved.

The direction a braindate will take remains unpredictable; there is no linear pattern, instead a series of bouncing social interactions naturally produce a flow without an agenda. They are multidimensional and the brain loves it.

Judith E. Glaser, a consultant, executive coach, and a business author and Nicklas Balboa, a researcher and project manager for the CreatingWE Institute have written:

“As we communicate, our brains trigger a neurochemical cocktail that makes us feel either good or bad, and we translate that inner experience into words, sentences, and stories. “Feel good” conversations trigger higher levels of dopamine, oxytocin, endorphins, and other biochemicals that give us a sense of well-being.”

Most of the time, braindates are a space where “feel good” conversations take place. The presence of a central topic of discussion allows participants to skip the awkwardness that comes with meeting someone new and trying to find something in common. The fact they are centred around a shared interest increases the odds of a transformational conversation taking place, and that’s very powerful.

“Transformational conversations, also called co-creating conversations, include interaction dynamics such as sharing and discovering. This means asking questions for which you have no answers, listening to the collective, discovering, and sharing insights and wisdom. This generative way of communication leads to more innovative insights and deeper listening to connect to others’ perspectives.”

The Magic of Five

Five participants is the right balance to enable an intimate and yet comfortable conversation to take place amongst adults who don’t know each other. It provides the necessary diversity of opinion to keep it interesting, and enables a dynamic that promotes cohesion.

With five participants, each person has enough time to contribute meaningfully, and respond to others. As a result, these participants enjoy a higher  likelihood of sustaining relationships from their braindate. As a client of a large multinational who uses Braindate for an internal audience told me:

“Once you get into the braindate, magic happens and people want more of it. They want to stay in touch, they are taking action on connecting and pursuing opportunities to have these conversations regularly.” 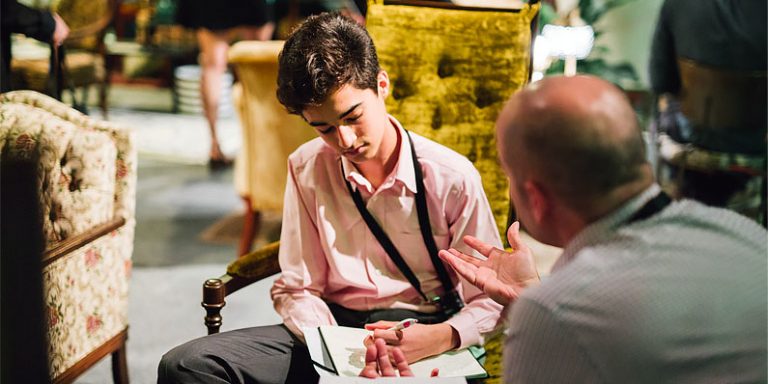 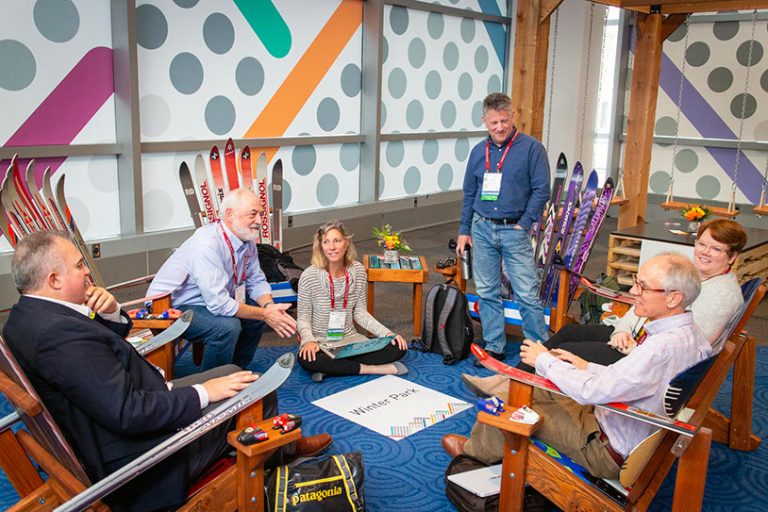 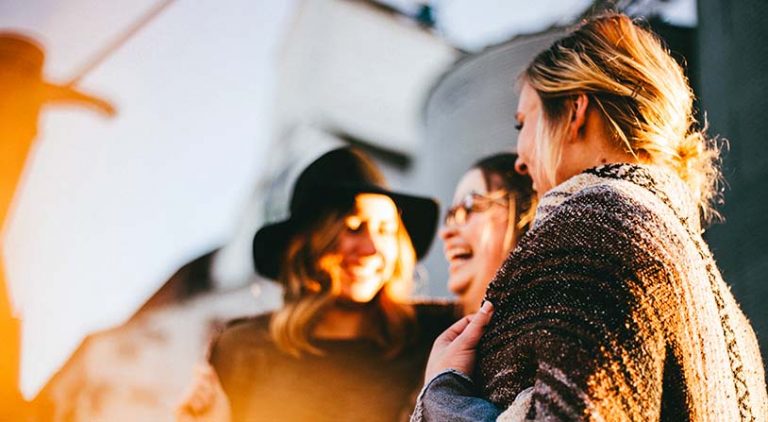 For Braindate event invites, product updates, and top resources to reinvent the way people meet and learn – delivered monthly to your inbox.

For Braindate event invites, product updates, and top resources to reinvent the way people meet and learn – delivered monthly to your inbox.

DISCOVER HOW
Manage Cookie Consent
To provide the best experiences, we use technologies like cookies to store and/or access device information. Consenting to these technologies will allow us to process data such as browsing behavior or unique IDs on this site. Not consenting or withdrawing consent, may adversely affect certain features and functions.
Manage options Manage services Manage vendors Read more about these purposes
View preferences
{title} {title} {title}